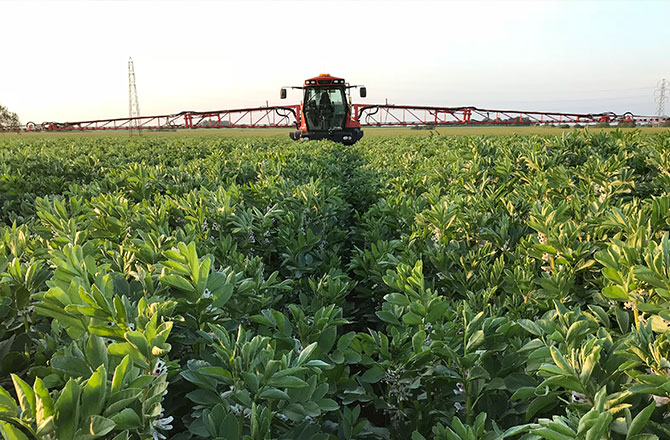 The U.K fertiliser market quite often defies logic, last week Yara in Europe increased prices for Granular A.N by €10/t, Yara’s UK operation increased its’ NPK compound prices and warned that it would only be a short space in time before A.N prices here followed the increase seen in France. So, the response from CF is somewhat confusing as this resulted in a price reduction of £ 10/t on Nitram and no change on its NPK range. While nobody wants to prevent farmers getting the best deal possible, this move seems to be a possible reaction to the differential in price between Imported A.N in certain parts of the country. Maybe CF increased prices too quickly and this is an attempt to back track? This seems strange as Nitrogen markets are still very firm and clearly increasing in other parts of the world. The danger from a CF perspective is of a ‘tit for tat’ response from shippers holding imported A.N positions which could leave the scenario in the same position, we will have to wait and see. Officially this is a short term ‘allowance’ that could be withdrawn at short notice, however after three months of severe prices rises growers that still need product could be tempted to wait and see if more reductions come. This is unlikely but the sentiment is understandable, unfortunately this could create a backlog of demand that is difficult to service. Maybe the best advice is not to look a gift horse in the mouth and take advantage while it lasts, it may not be there very long.

Glasson Fertilisers announced last week that it had reached agreement to acquire the fertiliser business of Helm Great Britain Ltd. This includes the operation of the Helm Howden site near Goole East Yorkshire, which is leased from PD Ports. Glasson Fertilisers, part of Glasson Grain is ultimately owned by the publicly listed Wynnstay Group plc and operate from five northern UK sites including one already near Goole. Helm had been a presence in the UK fertiliser market since the early 1990s but mainly as a shipper, only since 2013 did strategy change to get involved in bagging and blending.

Yara will host another in its popular series of webinars this Tuesday 9th March at 1pm, titled ‘Wondering how to Improve your Nitrogen Use Efficiency? The following topics will be covered by Mark Tucker, Head of Agronomy, Yara UK, and by Yara Arable Agronomist Natalie Wood.

– How much N to apply for second applications

– Tissue testing – why and when

– Which micronutrients are important at T1 timing

– How Yara tools can improve nitrogen use efficiency