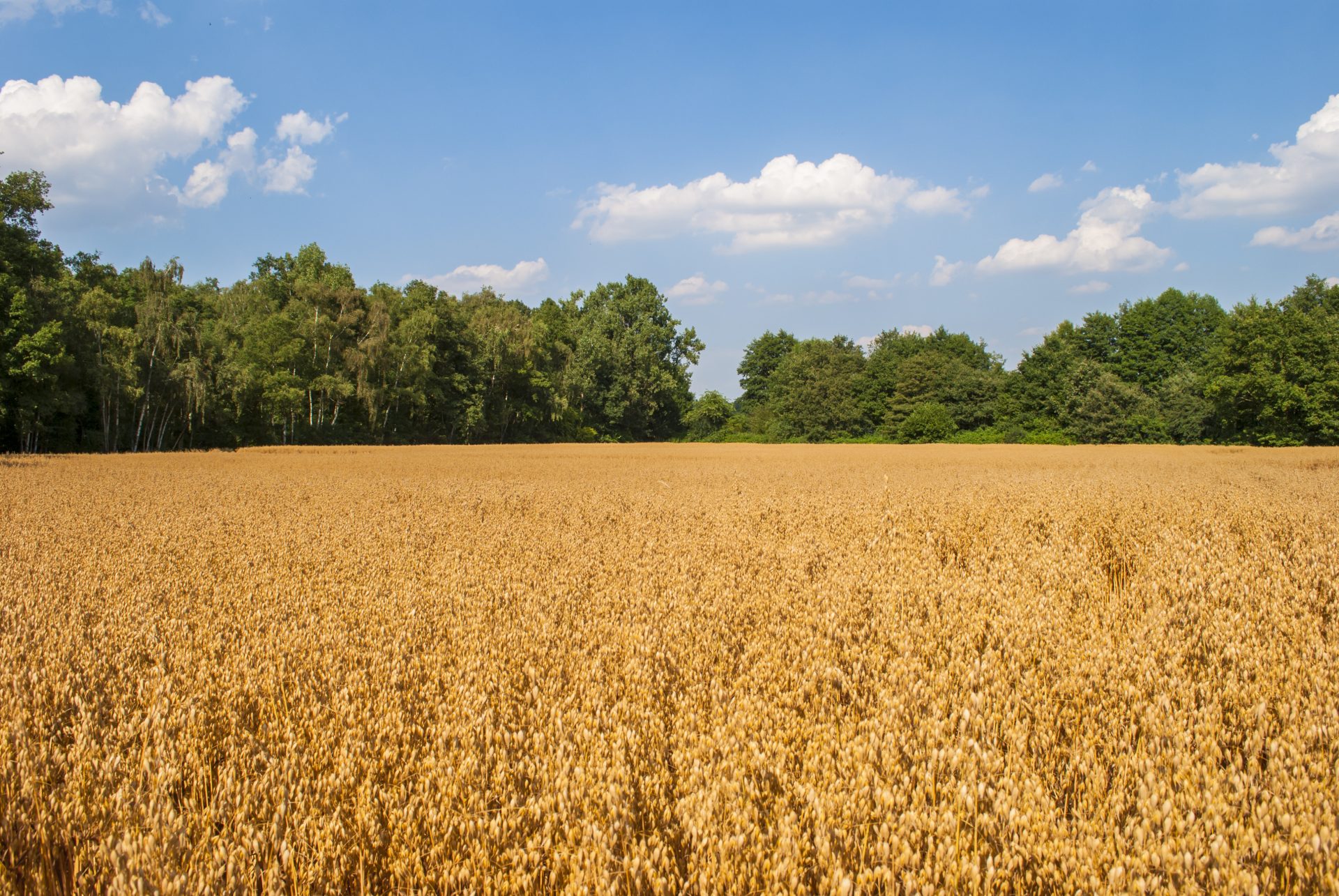 For once it is the Phosphate taking centre stage as the market continued to surge. Triple Super Phosphate (TSP) prices are at the highest levels seen since January 2012. This story has been building over several months as suppliers corrected the over- supply in the market. This ‘management’ of production came at the same time as an increase in demand from January onwards following the boom in commodities that prompted higher grain values around the world. It remains to be seen if TSP breaks through the £ 400 barrier, as it is very nearly there now. Di-Ammonium Phosphate (DAP) is also dragged into to this bullish tone, however ‘frightening’ DAP prices may sound there is the added benefit of 18 units of Nitrogen which usually ends up being really good value for money. 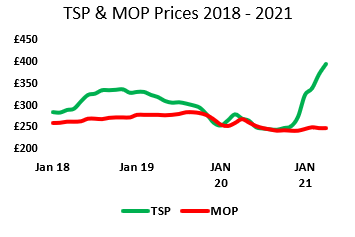 If the price of TSP and DAP is off-putting at the moment, then now is probably a good time to invest in Muriate of Potash (MOP) instead. Looking at the chart in the previous column, it is rare to find the gap between TSP & MOP prices so big. Potash could also get dragged into the price inflation we are seeing in other product areas too, Potash producers will want a slice of the action. As reported in Fertiliser Focus on 8th February, long-term Potash supply contracts are being negotiated or even in some cases recently re-negotiated upwards. The outlook here is likely to be firm, taking some cover now even if Potash is not required until Autumn, could be a wise move.

Supplies of Urea and Imported Ammonium Nitrate are starting to become limited in various ports around the country. As prices moved up rapidly in January and February many shippers decided not to take a late cargo for fear of carrying over stock as the new-season re-set generally happens in the summer. Urea markets internationally are taking a breather, which is putting pressure on prices in the short-term, but India are still expected to publish a new tender at the end of April early May. No change from the U.K producers on Ammonium Nitrate prices here, no production issues either.