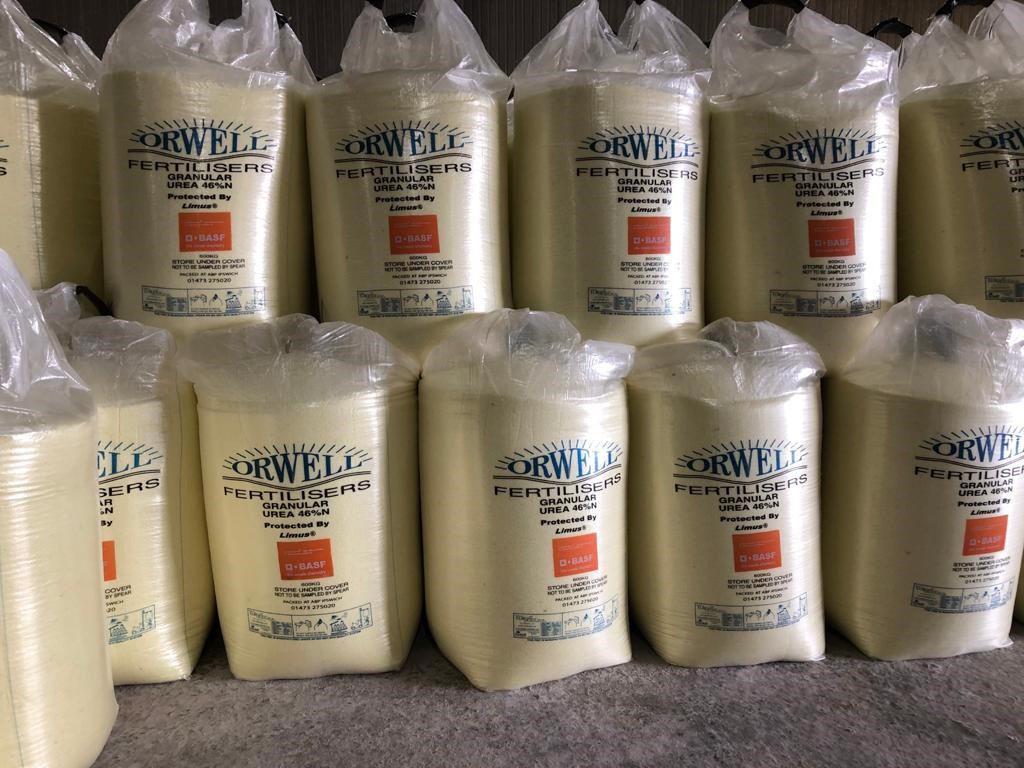 With the UK Agriculture Bill currently at report stage in parliament, there could be implications for fertiliser use in the UK. Within the bill it states:

‘Managing land or water in a way that protects or improves the environment, by delivery of environmental outcomes such as clean air and water’

Limus® protects urea-based fertilisers, improving nitrogen use efficiency (NUE) by minimising nitrogen losses from volatilisation and ensuring optimal nitrogen is available for your crop. Read our article below to learn more about how Limus® can benefit you.

The path to UK legislation began in 1999 with the Gothenburg Protocol, designed to reduce acidification, eutrophication and ground ozone emissions, including ammonia.

The protocol was then revised in 2012 to include national emission reduction commitments for 2020 and beyond. This was implemented into EU legislation in 2016 as part of the National Emission Ceilings Directive, where countries including the UK and Ireland, committed to significant reductions. The UK Government has since reaffirmed its commitment to these targets in recent strategy documents. It also introduced a Code of Good agricultural Practice to serve as a guidance document to support reductions, which influences a recommendation to use urease inhibitors. Last year Defra published a draft Clean Air Strategy for the UK which will likely be brought into legislation, and the strategy will be to ensure the UK meets it legal obligations to reduce ammonia emissions.

Elsewhere in Europe urease inhibitors are now mandatory, meaning the end to applying straight urea without an inhibitor. It is widely thought that this will be the route the UK Government takes as part of its commitment to reduce ammonia emissions. As a result, COFCO believes it is important for farming businesses to be prepared for any changes, therefore we have partnered with BASF to supply urease inhibitor, Limus®.

Limus® blocks urea from binding to the enzyme, which prevents urea hydrolysis and reduces ammonia formation.

Urease inhibitors in general bind to urease, thus preventing conversion to ammonia. The characteristics of urease enzymes vary based on soil properties. Limus is a composition of two different urease inhibitors that combined are more effective than a single inhibitor.

Limus® raises performance to the level of ammonium nitrate

As part of the wide-ranging DEFRA funded NT26 project, the performance of the urease inhibitor NBPT (one of the active ingredients in Limus) was evaluated as an alternative to ammonium nitrate (AN).

The project concluded that granular urea plus NBPT matched AN for performance in Winter Cereals, according to average figures taken from 10 locations.

The six ADAS trails reinforced the findings from the NT26 project, showing a similar yield performance of Limus protected granular urea to that of ammonium nitrate. Limus® raises the performance of urea to the same level as AN by minimising the nitrogen losses from ammonia.

In a comprehensive set of replicated trials carried out by ADAS, the performance of Limus® protected urea versus unprotected granular urea, ammonium nitrate and a competing urease inhibitor was compared.

Six different sites were identified across the country that offered a range of different soil types and field conditions. Across the six replicated trials, the results mirrored BASF’s extensive global data set.

At a rate of 260kg/ha N, Limus protected granular urea outperformed unprotected urea by an average of 5%, increasing yields by 0.5/ha.

Yield differences varied, most likely reflecting the extent of ammonia emissions at each site. Limus® safeguards your investment from such loses, ensuring optimal nitrogen is available for your crop.
BASF has been extensively testing the yield performance of Limus® in the field for a number of years, across a range of crops.

Across 107 BASF trials, Limus® protected urea/UAN improved yield by an average of 5%, demonstrating that reduction in losses achieved with Limus ensured greater availability of nitrogen for uptake, resulting in higher yields.

“Across 107 BASF trials, Limus® protected urea/UAN improved yield by an average of 5%”

The stability of urease inhibitors when added to urea can be limited. Limus® contains BASF patented polymer technology, providing longer stability versus generic NBPT and 2-NPT formulations.
Even at 20°C Limus is stable for more than 12 months, giving confidence that even if purchased a year in advance, Limus will still work effectively.

Call or e-mail Fertiliser Manager Russell Davison for a discussion on how Limus® can help you.